Trends of Fake News Distribution and Counteraction in Ukraine (Part-1) 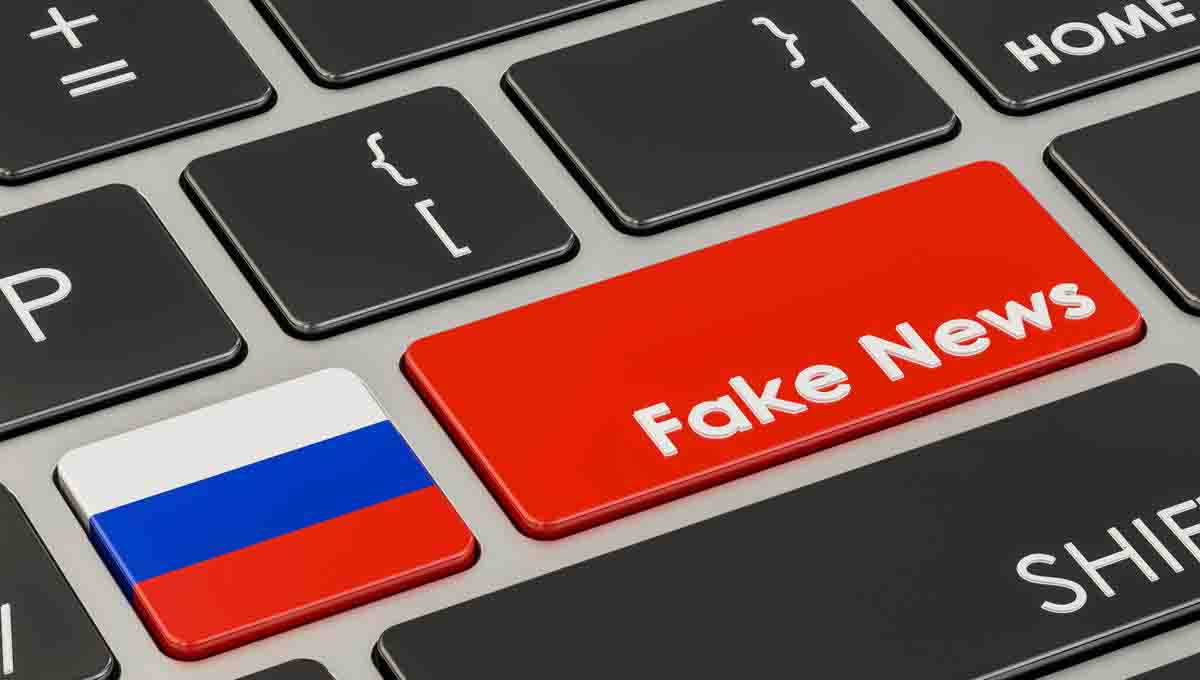 Russia’s war against Ukraine has been accompanied by a disinformation campaign from the very beginning. Even before the annexation of Crimea and the invasion of Donbas there was an expansion of Kremlin narratives in the socio-cultural space of our country. Hybrid threats were implemented in the fields of cinema, fiction, art, historical studies, etc.

The standard chunk ofRussia’s full-scale invasion of Ukraine in February 2022 significantly intensified the disinformation front. Russian propagandists expanded the influence of pro-Kremlin narratives, carrying out information and psychological operations not only in the Ukrainian information space, but also by attracting target groups of other countries.

Among the means of propaganda influence there are the following: substitution of concepts (“war” is “peace”, “evil” is “good”, “defeat” is “victory”); propaganda slogans based on the Kremlin Z and V signs  (“Za pobedu” (“For victory”), “Za pravdu” (“For truth”), “Za mir” (“For peace”), “Sila v prawde” (“The power lies in the truth”); denial of the military presence in Donbas, in the occupied Crimea (the phenomenon of green men), the fact of the Boeing 777 downing by the Russians, and now denial of high-profile war crimes in Ukrainian cities of Bucha, Irpin, Borodianka, Hostomel, etc. For eight years in a row, Russian propaganda machine has been using the formula “They are not there”, which, in its frank cynicism, is not inferior to the eerie pictures of propagandistic mutilation of people in J. Orwell’s famous novel “1984”.

Many fakes were aimed at discrediting:

–  the Ukrainian Armed Forces (UAF): (Ukraine refused to comply with the Geneva Convention relative to the Treatment of Prisoners of War; UAF fighters shelled on the Sviatohirsk Lavra from Grad multiple missile; the synagogue in Uman was turned into a military base; Ukraine forcibly holds 68 foreign ships in its ports; “flying squadrones of death” in Kharkiv shelling on residential buildings);

– diplomats (they are spies);

– the collective West (false information about a map of Ukraine’s division by the European states; Western partners are pressuring Ukraine to make concessions in negotiations with Russia; Hunter Biden is involved in the work of secret biolaboratories in Ukraine);

In addition to the traditional methods of fake creation, the occupiers are actively involved in the methods of hacking the accounts of officials with the subsequent publication of false information; cognitive operations (Ovsyannikova’s performance) are carried out in order to humanise the image of the enemy; bot farms are used to promote division in Ukrainian society. There are fraudulent schemes that are promoted through social networks and exploit the patriotic feelings of Ukrainians (false fundraising for the Armed Forces and refugees). Appearance of deepfakes (capitulation videos) was also noticed, but their low technological quality allowed specialists to neutralize them quickly. Many fakes are repetitive, cyclical, which also helps to block them as fast as they appear.

Russian deceptive narratives are promoted mainly by social networks, as they are not controlled by the state as much as traditional media. It is known that “Meta” company is working to disrupt covert operations of influence aimed at the Ukrainian segment. These are false statements about Ukrainian military aggression or accusations of Western countries of involvement in the war. In particular, “Meta” disrupted an operation called Ghostwriter, which tried to hack the Facebook accounts of dozens of Ukrainian servicemen. Facebook also shut down an operation involving the Belarusian KGB, which published false statements in Polish and English about the capitulation of Ukrainian troops and the flight of nation leaders from the country on the day Russia invaded Ukraine.

According to the Demos Centre for Social Media Analysis in London, Kremlin narratives are also spreading in several regions, such as Indian, West African, South American, East Asian. They promote anti-European slogans and the idea of solidarity between the BRICS countries (#IStandWithRussia #IStandWithPutin. Message-based Community Detection on Twitter. URL: https://files.casmtechnology.com/message-based-community-detection-on-twitter.pdf)

Putin’s horrible adventure constantly needs public justification, so Russian propaganda supports the image of Ukraine in its media as a huge threat to the whole world. In addition to the usual narrative of brutal Ukrainian neo-Nazis, there were reports of “discrimination against Africans” and “poverty” of Europeans over sanctions against Russia. At the same time, fake detentions of “Ukrainian terrorists”, which began in Russia in 2021, still continue.

Russian disinformation and fakes are blocked by Ukrainian profile power structures (Centre for Counteracting Disinformation at the National Security and Defense Council) and different fact-checking platforms, such as Stopfake, BezBrehni (Without a Lie), Brekhunets (A liar), NotaYenota (Racoon’s Note), Po toi bik novyn (On the other side of the news), VoxCheck, Detector Media.